I have two friends, one likes League of Legends, and the other likes Dota 2. They are both great people, and I want us all to be able to play the same game together, but sometimes it feels like I’m trying to broker world peace.

Now just in case you’ve had your head in the sand for the last decade, the League of Legends and DOTA 2 communities have a bit of a rivalry. There are a long list of blog posts on the topic, some of my favorites include: 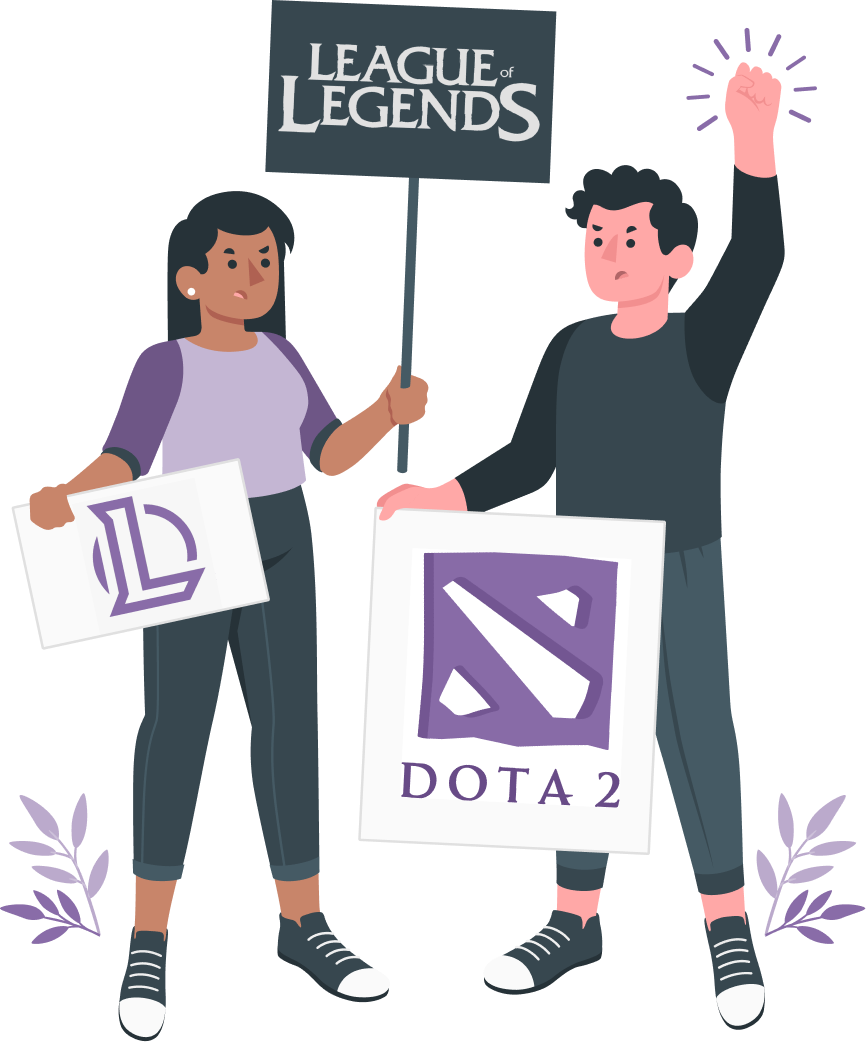 League of Legends fans will say their gameplay is faster, more exciting, and “obviously superior”. They will use their larger community size as validation, and they won’t entertain any discussion around any merits of DOTA 2. Meanwhile, DOTA 2 fans will tell you how their game is far more sophisticated, nuanced, and purer. They will bring up stuff like asymmetrical maps, and the lack of a paywall, etc. etc., you get the gist!

Any video game succeeds or fails on the back of its fanbase. Both DOTA 2 and League of Legends have passionate and thriving user communities. But what makes these two games interesting to me is how polarized their fanbases are---I’ve seen it first hand!

They might be polarized, but are they really that different? I wanted to find common ground between DOTA 2 and League of Legends fans. So, I plugged into Appsedia and did a community analysis deep dive on both game’s subreddit data. My goal was to find out if there were games that were popular in both the DOTA 2 and League of Legends communities and so Cross Community Pollination was the metric I needed to use.

Cross Community Pollination can give you an insight into how much intermingling there is between any two communities (and how the amount of intermingling changes over time). You can use Cross Community Pollination to help you learn what other interests your community has, and people use this metric to identify potential partners and potential competitors.

I built the Cross Community Pollination map (that you can see below) for DOTA 2. In this plot, the rows represent different gaming communities and the columns make up the months of 2021. Only one game appears to be dark purple in this plot, and that’s Counter-Strike: Global Offensive (the darker the shade of purple, the more that DOTA 2 Community members interact with). DOTA 2 fans love Counter-Strike: Global Offensive! In fact they really only care about two things, DOTA 2 and Counter-Strike. 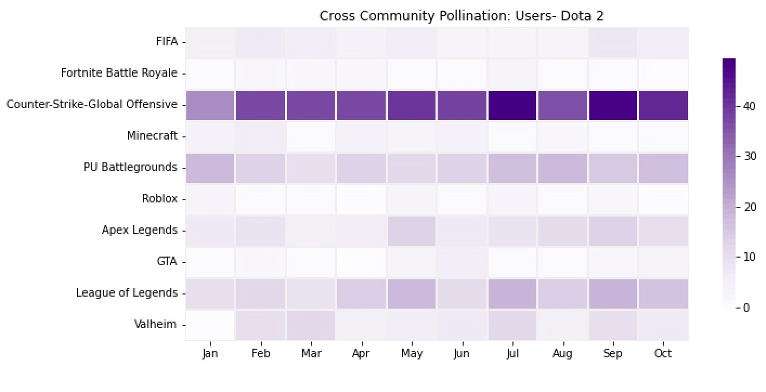 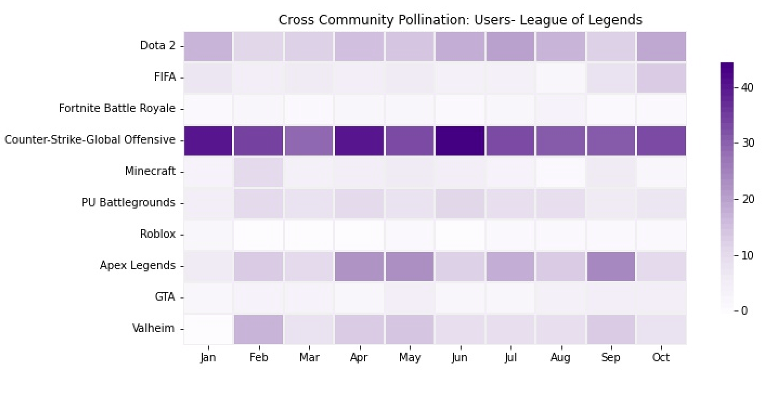